All of the racism, sexism, and oppression has finally caused the pot to boil over.

these reviews are part of the undergraduate class Black Public Intellectuals taught by Duchess Harris at Macalester College, Spring 2018 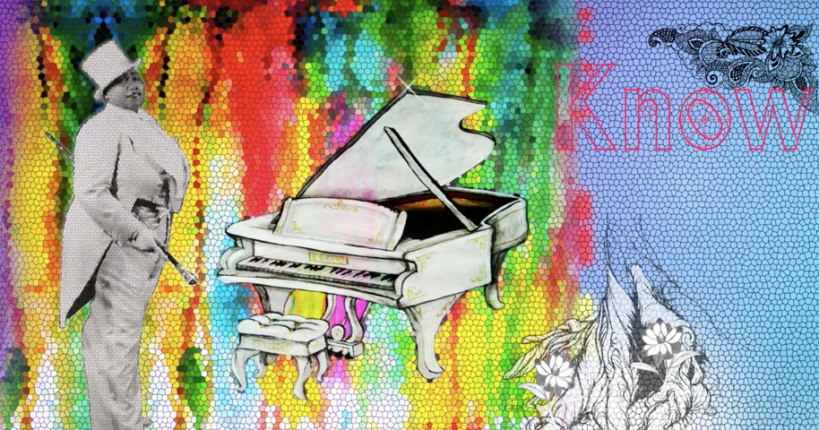 I found that reading ​Spill​ by Alexis Pauline Gumbs was a very interesting experience. It truly was unlike any other book I have read before. I have never read a book where every single page tells its own story, and not only that but deep, poetic, and impactful stories. Each page describing a situation where women, particularly black women, however I feel as if many of these scenes could apply to all women, are facing oppression and wanting to escape it. Each situation is unique in many ways but they all tell a common story. As Gumbs writes they all tell the story of black feminist fugitivity in a way that uses poetry as a different way to think about it.

Her style of writing captures the reader’s attention and makes them think about feminism in ways unique to Gumbs. Her use of historical references, memories, and dreams blurs the line between past, present and future, making it a book that can be connected to all black women, or any woman, of all ages alike. The most powerful aspect of the book was the fact that the women throughout the book were not compliant or submissive; they were outspoken and refused to be captured into societies that were so full of hate, and that it was the fact that they refused to let the hate define them, that set them free. The pages command your attention in the way that it brings together the old and the new ideas about black feminism. Her stories are powerful! The stories show how strong black women really are, “​believe they can fly. are willing to fall. trust the resilience of their sweet brown flesh more than they fear to break their only white bones.”​ ​ ​I found this line to be incredibly empowering and ​Spill​ is littered with lines with similar tones. This novel is meant to promote black feminism and it does a great job in doing so.

Another strength of the book is that every single page really makes you think. Each page is its own story and oftentimes the stories were less than half the page, and sometimes as short as a quarter of a page. This meant there was no background information given and you were jumped right into it. A lot of information is inferred and the rest the reader has to figure out on their own. It is a short book in many ways, in pages and in words per page, but it took me as long as it would to read a book of twice its length because I found myself rereading almost every page several times to really understand it thoroughly.

I also find it incredibly interesting how Gumbs uses the word Spill. Not only is it the title of the book but it is also found at the beginning of every section of the book where Gumbs prefaces each section with a different definition of the word to spill. I interpreted spill as representing everything literally spilling over. All of the racism, sexism, and oppression they have faced has finally caused the pot to boil over and as a result releasing powerful black feminists. People who are strong enough to fight the oppressors and change the social structure of the world for the better. I also believe that there are countless other ways it could be interpreted that is intentional, Gumbs designed it that way. This is evidenced by Gumbs giving us in her book more definitions to the word spill than I knew even existed!

This was a very empowering and unique book in so many ways. I can only hope that its influences spread through this country that so badly needs it.